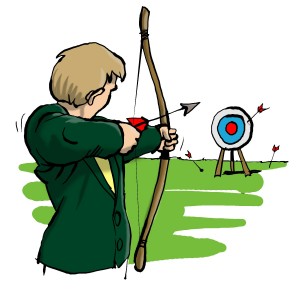 Many of these tongue twisters are familiar. Some came from the  “Speech 101, Voice and Diction Class at San Diego City College. Others are from actual scripts. Some are familiar. Some seem simple. Some will be the bane of your existence. Just remember to warm up your articulators before jumping in on them! And please post a comment here and add your own tongue twisters to the list!

One of the things that endears a voice talent to clients is a talent’s ability to see past the noodles in this word soup and find the broth. This doesn’t necessarily mean understanding every word that is spoken, but it does mean understanding the context and how the words relate to each other.

It helps to have a little bit of understanding about a LOT of stuff. For voice talent who do marketing pieces, informational and corporate communications work – we see scripts for IT, healthcare, the financial business, the military or the government and many other […]

I have long been told (and even suggest it myself) that Improv is a great training ground for voiceover pros. Instinctively I think I knew this to be true. But I have never been able to really articulate exactly why. Edge Studio published an article by Vanessa Richardson that finally clarified it for me.

Spontaneity is the word I have been using when thinking and talking about what Improv training will do to help improve delivery of a script, but it goes deeper than just being spontaneous.

The dictionary defines Spontaneous as “1. coming or resulting from a natural impulse or tendency; without effort or premeditation; natural and unconstrained; unplanned: a spontaneous burst of applause.” Or 2. (of a person) given to acting upon sudden impulses.”

This doesn’t really explain what is actually happening in Improv and how it might relate to reading a script.

It gets more confusing because the word improvise is defined as doing something without preparation.  We all improvise. Every day, all day, we move through our […]

One of the things that a professional voice talent MUST have to succeed is the ability to self-direct. We do so much of our work – at least initially (and in many cases most of our work) – alone. Alone with our doubts, our insecurities, our patterns.

When we are auditioning, the ability to self-direct can be the determining factor in getting the gig. We don’t want to send out the “same” read that 95% of the rest of the talent is submitting. We want our audition to leap off the mp3 and straight into the “book that talent” column.

Last year, I tried my hand at fiction audio books for the first time. I am finishing up the 3rd. And while the verdict is still out on if I actually like this area of voice work, I have greatly enjoyed the process. Discovering how much time it REALLY takes. Is it […]

Memorize? Who Me? I’m a Voiceover Talent…

One of the things that separates a voiceover actor from a theater or film actor is memorization. In VO, we don’t have to memorize. While both are “acting,” the techniques are different. And one of the reasons why not all good stage or film actors can make the transition to VO. And vice versa.

I love the fact that I don’t have to memorize. It goes in my eyeballs, rolls around in my brain for a little while, out my mouth and then it is gone. Sometimes I can’t even tell you what I did yesterday!

When I was doing on-camera work as a spokesperson, I used teleprompter or ear-prompter, so I wasn’t memorizing either.

But a dozen or so years ago, I auditioned for a live “radio show” that was going to be done on stage. After the run, I had been bitten by the “acting” bug. It was wonderful to actually […]

Voices behind those familiar cartoon characters: “I Know That Voice”

I’m thrilled and a bit scared to see that a documentary on cartoon voice actors is in production.

Thrilled, because I know a few of the people in the film personally – one of whom was actually my agent way back in the 80’s before she moved to Hanna-Barbara – Andrea Romano.

Scared because it is more exposure to the business of voice acting – which will probably inspire more and more people to give up their day jobs to try to become a voiceover actor. So they will seek out advice – many asking far too many questions that will point out that they have nary a clue how to use Google to find the basic answers so that they can craft answerable questions.

I have included both trailers. The first one embedded here is lots of fun – but look just below for the other trailer. If you are one of those […]

The other day I had three sessions in a row with repeat clients for whom my delivery is just slightly different. Pacing, placement, energy, warmth, etc. just a bit different for each project.

One client found me 3 or 4 years ago because they had lost track of the voice they had been using and wanted a voice match. Actually, they THOUGHT I was the same person and after I told them that I wasn’t, they asked me if I could match a sample they provided. I did and we have been doing updates every 5 months or so. This voice is in a slightly different place in my head than my usual signature sound.

Another project was 3 word changes and a new paragraph for a project originally completed about a year and a half ago. The read on this was soft and comforting.

And the third project that day was the […]

Get a Kick in the Pants! Get the New Edition of “There’s Money Where Your Mouth Is”

I just sort of fell into the voiceover business. I really didn’t have any training. No school of broadcasting. No acting classes (well, none since the 2nd grade). But I had done a bit of radio in college and that led to some staff announcing while I was in grad school. Grad school led to a job in a TV station, first as a director, then, after deciding that was something that I didn’t want to do for the rest of my life, as a staff announcer. A live staff announcer.

A live staff announcer who didn’t sound like a typical announcer – so the door to my little closet-sized booth would open on a regular basis with people  handing me commercial copy. After a period of time, I decided that I might need to learn a bit more about this voiceover stuff – and bought my first book –

Conversational Read? Sure – What Flavor?

We get it all the time in casting directions these days – the client wants a conversational read. They specifically tell you that a non-announcer read required.

But what flavor of conversation do they want? There are a lot of different ways to be “conversational.” Just listen to real people have a conversation. In fact, record yourself having conversations with different people.

(It might not be a good idea to record your conversation with the phone company after your phone lines have been down for 3 days. Or your call to the power company after the hot switch of the meter blew out your dishwasher and microwave. Although there are probably copies of those calls and if you run for public office they will surface.)

A lot of the nuances in just what conversational style will be right will come from the particular script you are reading, but Pam Turlow recently blogged about this subject and listed […]