I was gently convinced to give it a try. And […]

How many mics does one VO Talent need?

I went on an equipment buying spree a couple of years ago and ended up finding some deals on mid-priced microphones. Two-fers. So I ended up with 2 of pretty much each mic I bought. I have two AKG 3000’s and two AKG 1000’s and two ADK Hamburgs.

Ready to part with at least one of them! If you are looking to upgrade a USB mic to something more professional, I am selling this one!

Known for its historically Vintage German tone, this ADK Hamburg Edition condenser mic has been a backup for years in my studio, but how many backups does one voice talent need!? Paid $350.00. Asking $150.00. Comes with basket style Shock Mount and extra bands in aluminum flight case. Also has a small soft case for the mic. Switchable low frequency cut-off and switchable pad -18dB.

What happened to pre-roll? Ads now in the middle of social media videos

Noticed those ads popping up in the middle of watching a video on social media? It’s probably here to stay (for a while anyway, until the next big thing).

Still booking after all these years 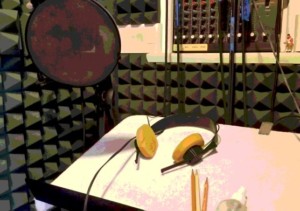 Been an interesting couple of months. For someone who has been in this business a long time (first agent in 1978), I was pleased to be picked up by an agent in LA (Voices Talent) after many years of not having one there. And I have been getting some great auditions from them.

And then another voice talent I know from one of our industry conferences referred me to an agent on the other side of the country in the DC area (Impressive Talent). I started getting more great auditions – different great auditions.

This is an important point, because I do have representation across the country and some subscribe to the same sources for auditions, so there are times when I get the same audition from multiple agents. This happens a lot to a lot of us with the better […] 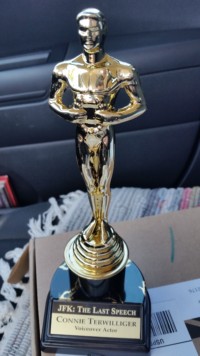 Do you have a marketing driven workflow? This MediaPost article points out a couple of new tools that will help you track views and for how long – and what actions they took. Kind of like what you get if you manage a page on Facebook – but all in one place. They also offer a video workflow, publishing and storage systems. I’m sure there is a cost for this, but if you need it and it works, then we are willing to pay for it!

This video is from the Wipster website talking about their Pulse Tool.

PS. If you are not subscribed to some of the MediaPost newsletters, check ’em out!

Big $$ for US Video Ad Spending 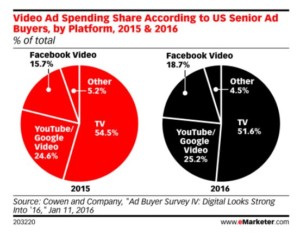 Big money is being spent on placing ads with more money being spent online. While TV buy still has the lion’s share, the digital landscape is increasing every year.

This article from eMarketer.com has 8 very interesting charts to help you wrap your head around the trends.

The targeted nature of online advertising has VALUE to the advertiser. Don’t short-change the talent who are part of the process creating the content for these ads. Especially if you want to be able to go to that talent down the road. If they don’t earn living wages for their talent, they will not stay in business.

When discussing a fair rate, always consider eyeballs and shelf-life. How long will this ad run? Where will this ad be seen? Be realistic about it. There is a big difference in a fair rate between a spot with a limited […]

It is always a pleasure to work on a project with a well written script. The words seem to flow easier. The story comes to life easier. When you add great production values to the mix, the results are captivating.

A few years ago I was the narrator for Northern Light Productions documentary about cyber warfare. They wanted drama. I think they got it! This is the opening sequence from this documentary that now lives in the International Spy Museum in Washington DC. 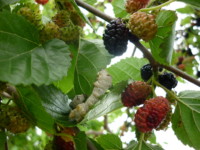 I started writing as self-imposed therapy about 20 years ago and it blossomed into a stage play. I worked on it off and on over the years – mostly off and eventually put it away in a folder on my computer. At some point in the past year or so, I revisited it and decided that it had some merit.

After a polishing I sent it to a director friend who liked it well enough to want to produce it as a staged reading. He just wanted it beefed up a bit in the second act. With a possible performance date in December of 2017, I set to work to see if I could find the right place to add a scene or two.

Sometimes you just have to share wonderful things. Here is a little animation narrated by my friend Darren Altman.