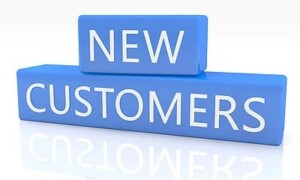 So, the past couple of years have had me wavering between retiring or easing into retirement. I am still telling people that I am easing into retirement as the fall back remark when asked, but don’t tell that to the new clients who keep walking in the door! I’m not going out of my way to market anymore, but in the past couple of months, I’ve added 5 new customers.  People move around a lot and when they get to a new company, they give me a call and I start a new customer file.

The freedom to delete auditions is a great feeling, but suddenly there has been an influx of SAG-AFTRA jobs, so I’ve been doing a few more auditions than I told myself I was going to do. But with fewer auditions, the audition to job ratio has gone down. It pays to be picky.

Old customers have come back this year as well. A nice surprise.

One thing a working voice talent worries about is what to do during vacation if a client needs something. The Voiceover Groups on Social Media light up with requests for studios all over the world to record something. And while the rest of the family or the significant other is off doing something fun, they are finding a cab to a studio somewhere. I did that in Italy a few years ago. And upstate New York. I let talent I know use my studio on occasion when they are passing through my city. But, the last 2-week vacation I took, my laptop and gear stayed home. Now, that being said, if one of those SAG-AFTRA jobs came back during a vacation, I just might be calling around to use a studio somewhere.

So, baby steps. A long as it is fun, why should I stop!