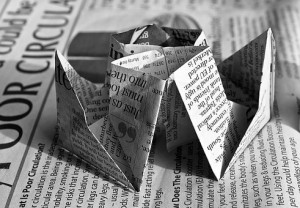 Degree in hand I fled to cold and moved to sunny SoCal and wore many hats – producing / writing / and doing on and off-camera spokesperson work focusing on corporate communications – both in-house and as an independent. Concurrently I was doing a lot of commercial and corporate voiceover work.

I had the great privilege to be hired full-time in the Hidden Film Factory at General Dynamics for about 9 years until they closed the doors in 1994.  This full-time production work basically required putting the voiceover part of my business on hold. After the demise of GD, I free lanced around Southern California as a producer and writer working with production companies and in-house with major corporations such as SAIC and General Atomics. Occasionally taking on my own projects.

Concurrently, I started to re-market the voiceover side of things and as it started to pick up again, I decided to concentrate on that aspect of the business. It is still doing great, but as fate would have it, recently my voiceover work has led to some scripting. And perhaps even some producing again.

The voiceover side of things is here to stay, but I am enjoying the collaborative nature of being involved in developing the scripts and in working closely with other professionals on interesting topics.

So, here’s the answer to the riddle: What has many keys, but cannot open a single lock?

But, if you ask me a keyboard has the keys to many things. It can be used to unlock creativity and turn letters on the page into fabulous concepts that communicate, teach, sell and inspire.