So, I had a phone patch session recently with a new client. It was a no audition job through one of my agents. Love those. But instead of ISDN, it was a phone patch project using my Gentner.

The client called into my system and he could hear me fine, but to me he sounded like he was calling me from Mars – a tinny little voice way in the background.

My eyes crossed as I tried to figure out what the problem might be. I checked the sketch the engineer left me the last time he was here. But with the client on the line, my stress level was such that I was not going to figure it out. We agreed on a short break to see if I could reach him my engineer. If I couldn’t figure it out, we would use a work around, which is not my preferred way of working.

A couple minutes later, after a quick phone call, everything was working correctly – my client called back in and our session went great from that point.

So, what happened? Cats is what happened. Try as I might, I simply cannot banish the critters from my studio entirely. So at some point, in the process of trying to crawl behind the equipment cabinet to a nice warm spot, my little Lista must have depressed a couple of mute buttons. 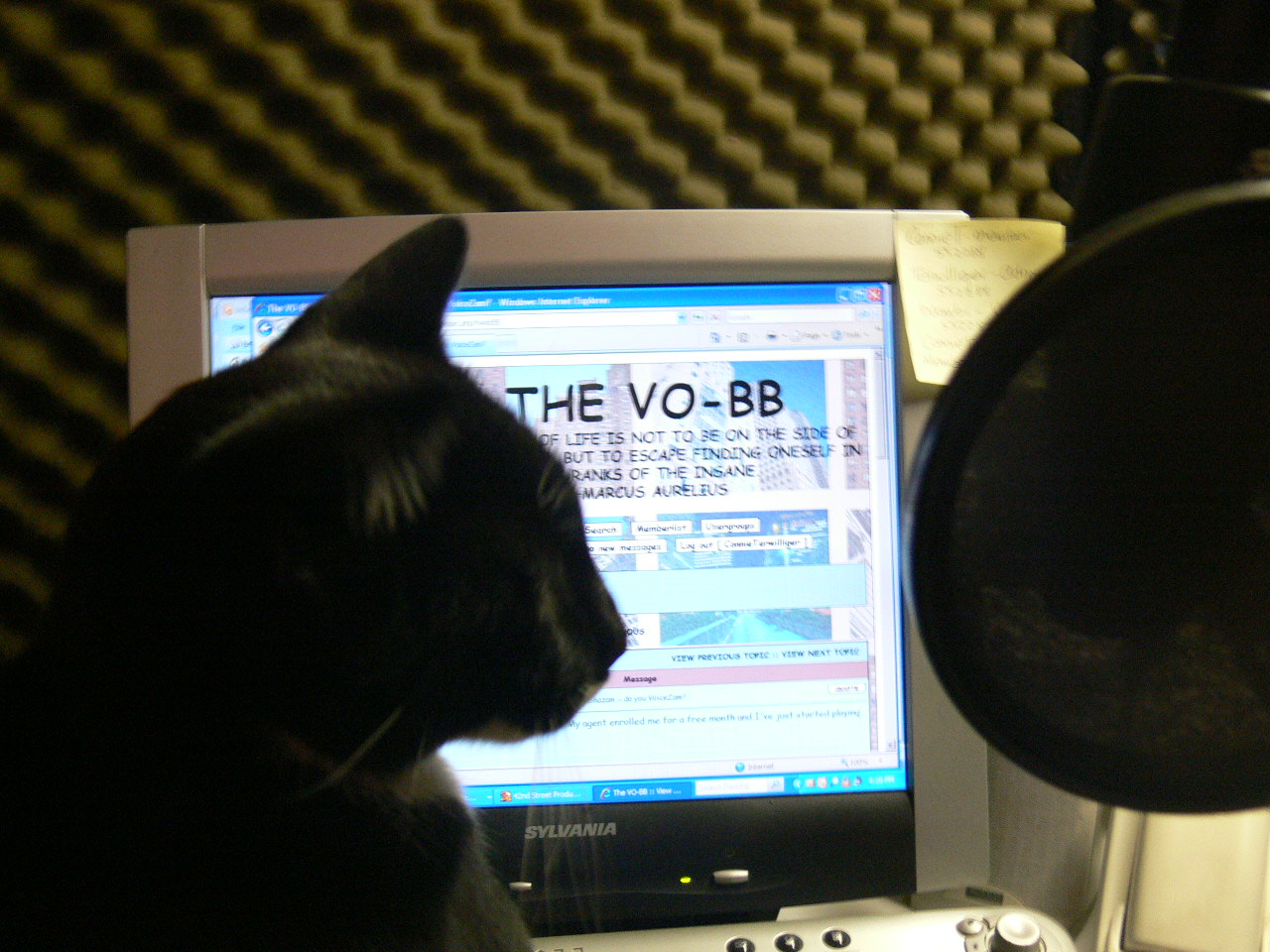 While I can record broadcast quality sound in my home studio, I do so miss the days of going to someone else’s studio and letting them worry over the technical issues. An engineer can see those depressed mute buttons with his eyes closed.

And while I want to THINK that I will remember to check the mute buttons, the next time something like this happens, I can’t say for certain that I will. That’s why I keep the phone number for Pro Sound and Music handy.