So, this trip to Europe that I just took – two weeks traveling around Germany, Austria, Italy and Switzerland – was part pleasure and part business. I was visiting my brother in Munich, but was headed to Italy to meet with a client. My mic and pre-amp were not on my packing list, because I knew I was going to be traveling quite a bit, and didn’t think I would have time for jobs or auditions.

As it turns out (see earlier post), my brother’s practice room was actually a sound booth, so I could have worked while I was in Munich – and a good audition did appear in the In Box. But there was a lot so see and do there before I headed off to Italy to meet my business associate.

I did check for jobs and auditions each day – had a loaner BlackBerry with global service – and was able to postpone most of the projects that popped up until I returned. However, one regular client needed something right away and as good luck would have it I was in Reggio Emilia that day and was able to record the project in MediaPiu Studios. Even managed to get an audition in as well. 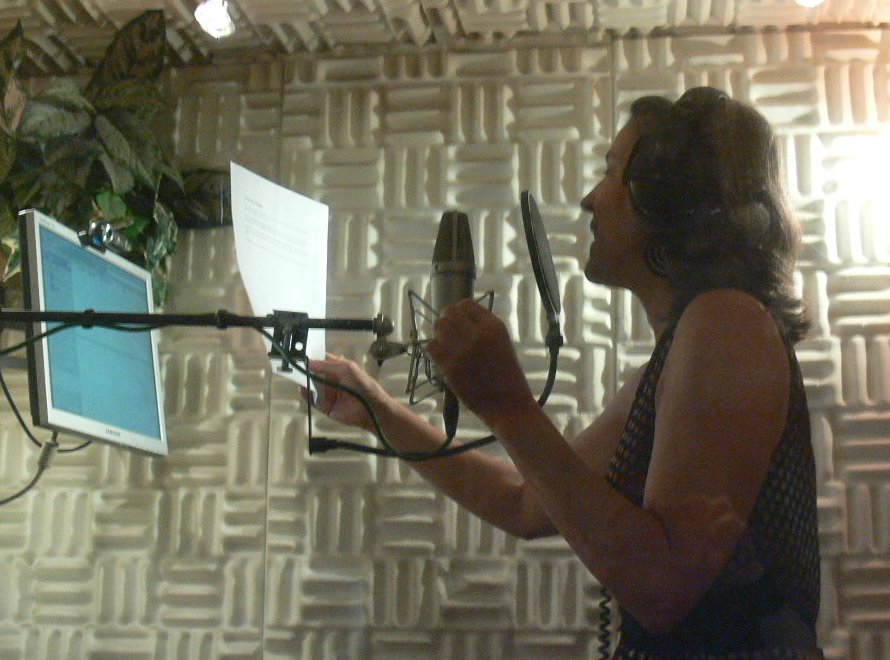 Connie Records at MediaPiu in Italy

After the session, we chatted about the voiceover business in general and I was able to recommend a couple of American male mid-range voices for a project. While I was there, the studio recorded well over 100 video spots for an Italian Internet “Yellow Pages” type site. Studio owner Paolo Tonetto does the voicework for those spots and Jerry Kay edits. I also chatted on Skype with one of the studio’s regular British Voiceoverists and listened in on another Skype call working with a German talent on an upcoming script. 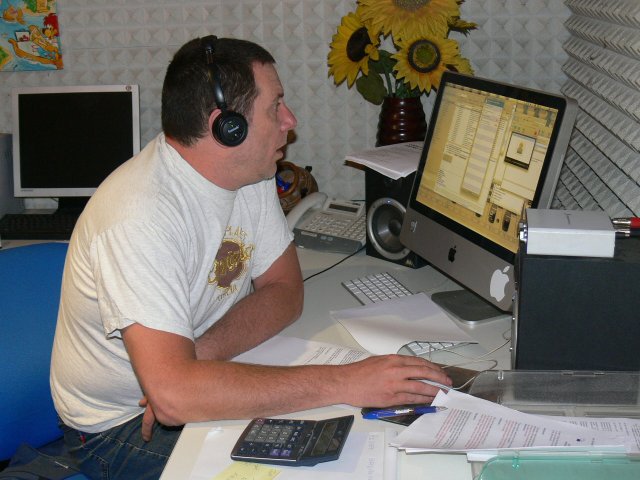