FaffCon 4 is History, but the Memories Linger On

It has been two weeks now since FaffCon 4 in Ventura. A day doesn’t go by that I don’t have some sort of memory pop into my head. Starting with Thursday night helping Pam and Lauren write questions on blow up soccer balls. We got so good at the task that we actually did more than we needed to. We laughed a lot in the process – which is something that a lot of us did a lot during the weekend.

One of the most amusing memories was the debate over what color walkie-talkies went to whom. The sunglasses decided it. 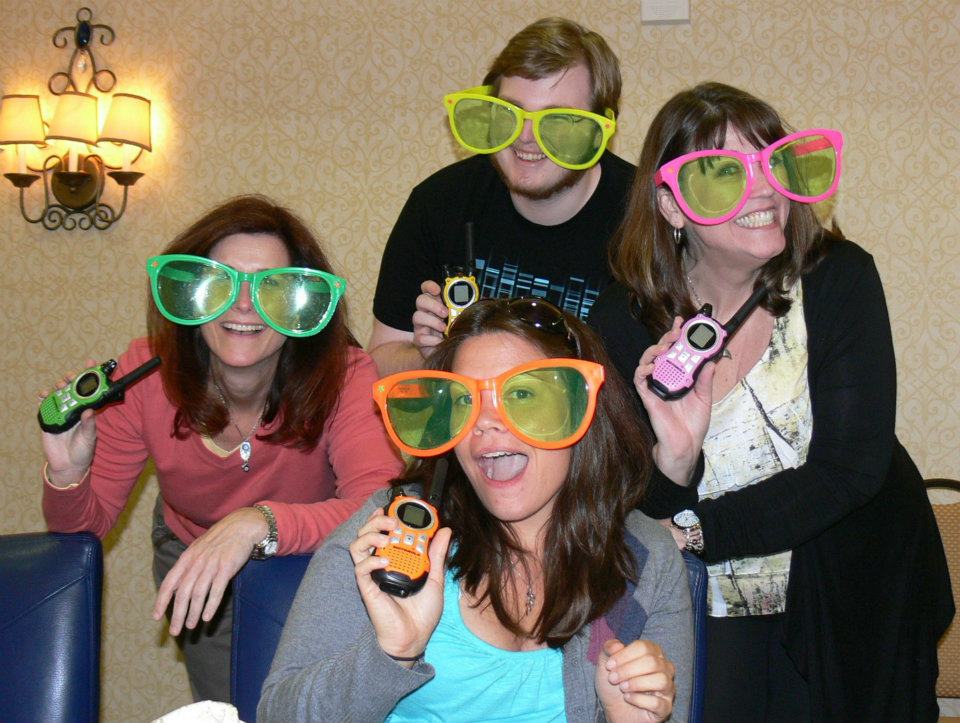 Later in the evening, I met up with a few of the early arrivals in the hotel bar – hugs all around (and my dear friend Liz bought me a nice glass of wine!). 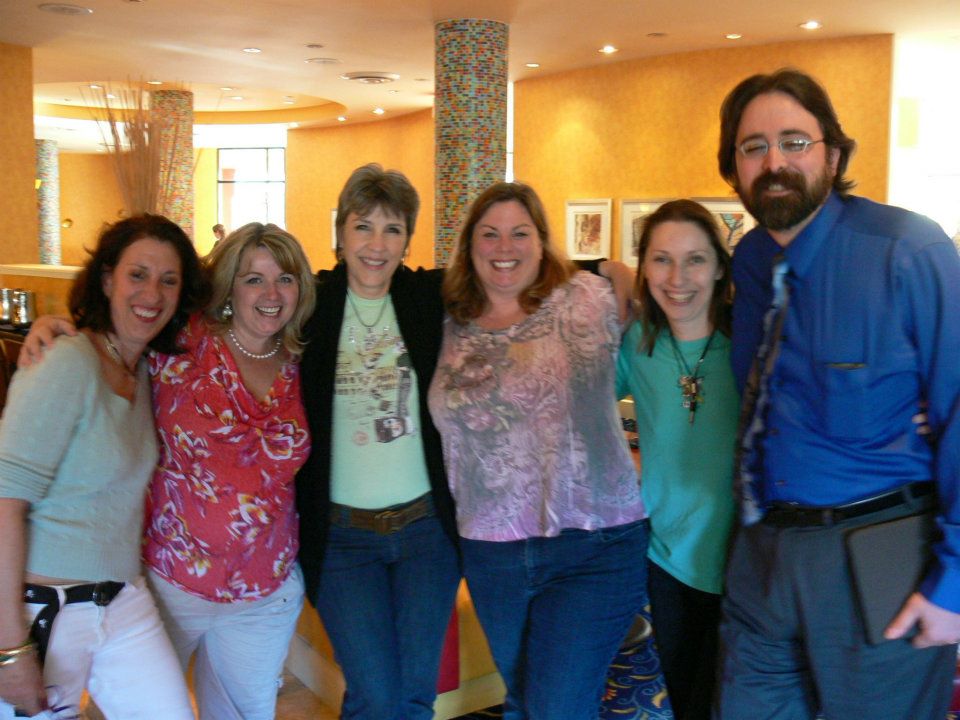 Friday morning memories of endless hugs as friend after friend came up the stairs to pick up their badges, meal tickets, water bottle, tee-shirt and tote bag. Then, Friday afternoon, the boat trip on the open seas with my friend Steve Savanyu doing the Titanic pose on the bow. We saw a big bunch of dolphins, but no whales. As it turns out, a pod of killer whales popped up after the morning trip and the big whales skedaddled. 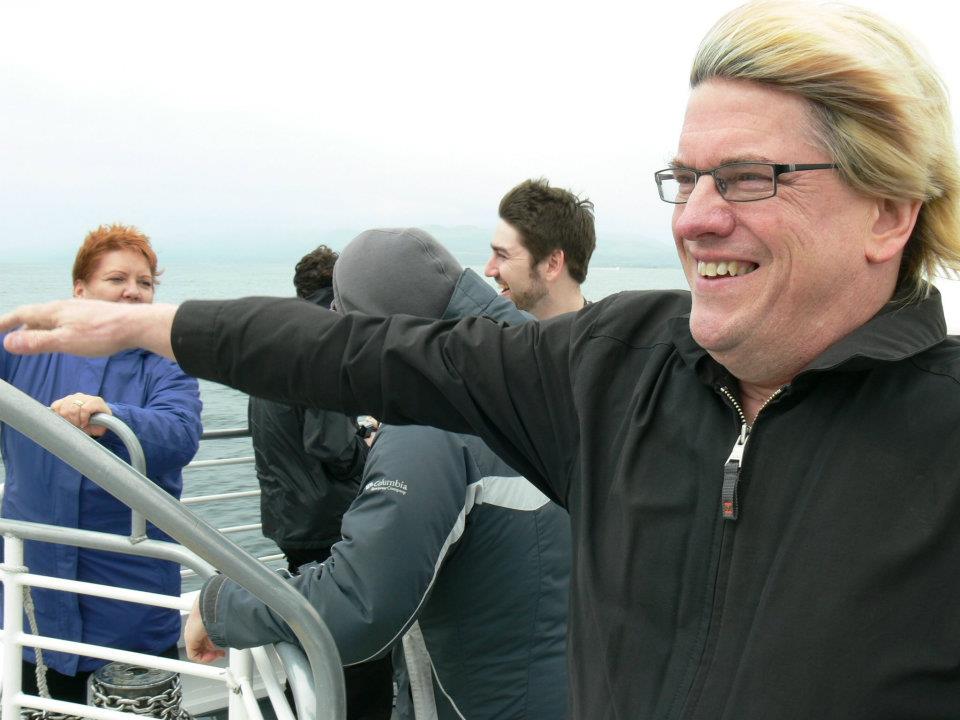 Friday evening after the opening circle – “auditioning” for Dean Panero of Abrams during the Voice Registry Live Weekend Workout. Here is Natalie Stanfield Thomas up at the mic. If she was quaking half as much as I was, she sure didn’t show it!

Saturday was simply a blur – but oh, those adorable dolphin cookies! Audio-Technica sponsored that much needed afternoon break. Was it Saturday when Eric and Devin made a shark swim over our head’s during lunch? The mad scramble as I took pictures of door prize winners at the FaffCon Shower Curtain backdrop is forever etched in my mind. 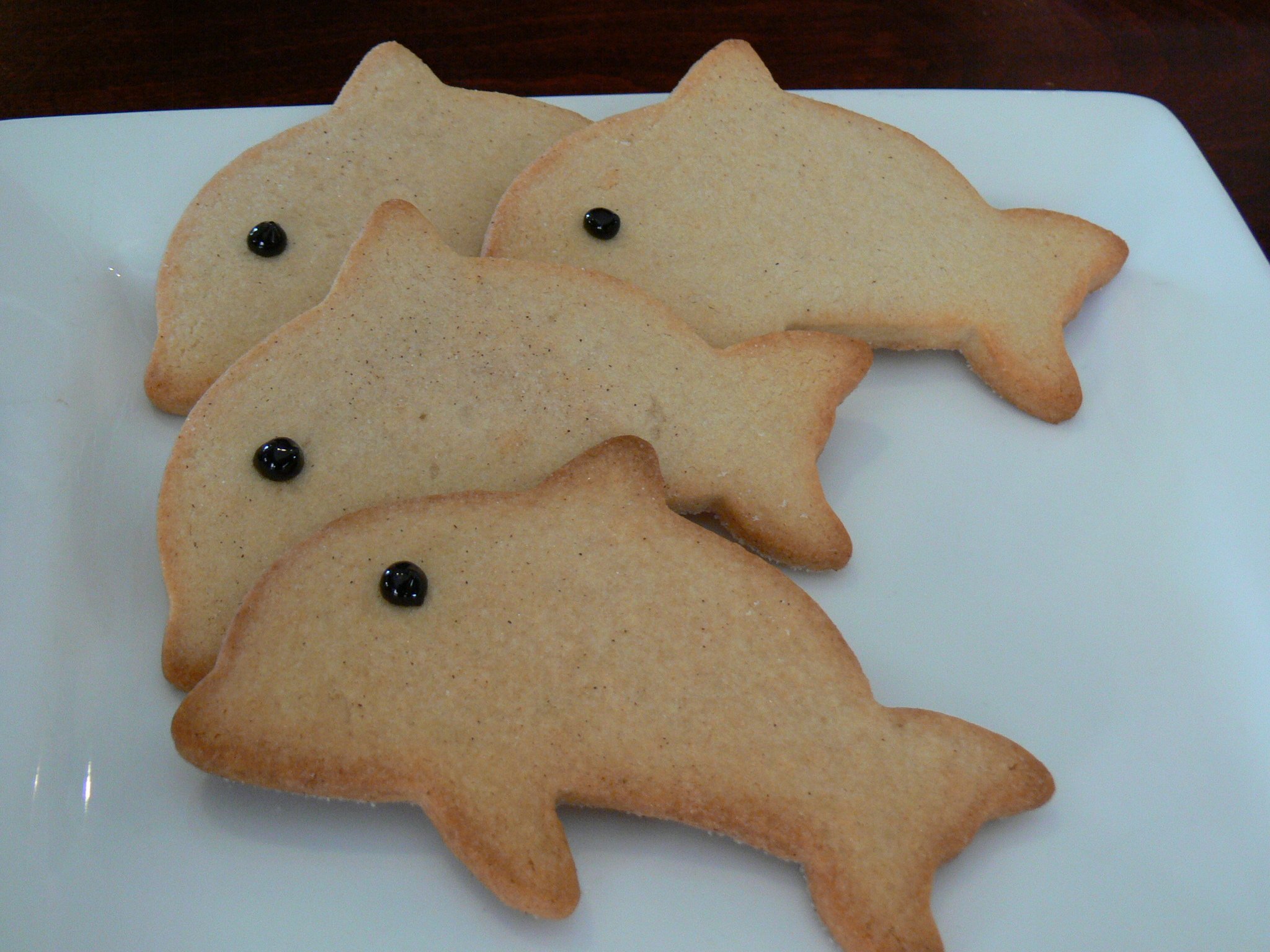 Sunday flew by too fast and suddenly it was over – until the next time. Thank goodness our friend Dave Courvoisier sponsored the notebooks in our tote bags, or I would forget all the great things I learned during the sessions even before the faffterglow wears off.

The word faffterglow was coined by someone shortly after FaffCon 1 and will soon be entered into the lexicon. I don’t think anyone leaves a FaffCon without that faffterglow. And it has a way of sneaking back into your mind long after the event is over. If you were there for the first time, just see what happens when your little postcard to yourself arrives. Like a magic carpet, you will be back in Ventura.

My faffterglow hasn’t been all warm and fuzzy, it included losing my camera somewhere between Anaheim and my house. I either lost it on the train somehow, or it ended up in the trunk of the gypsy cab that I managed to take from the train station. So all of my Sunday pictures are lost. But we will survive. The event has been thoroughly documented. Check out the FaffCon Facebook page for right now, but the FaffCon 4 Gallery will be up on the website in a few weeks.

Set your computer clocks to remind you about FaffCon 5 in about three months. That is probably when past Faffers will start getting notices to be ready for our early opportunity to register. With four of these under our belts now, and the pool of past Faffers growing, there is a good chance that FaffCon 5 will sell out in the pre-sell!